This isn’t a step by step ‘how to’ guide but I will be detailing some of the processes in the progress shots so you can get an idea of how the piece is put together. 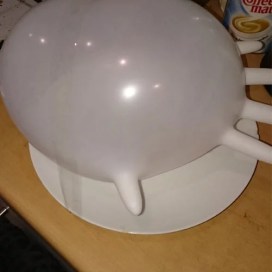 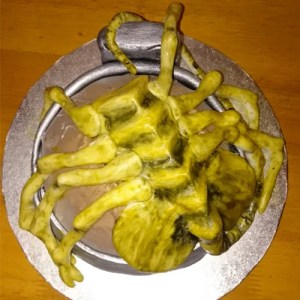 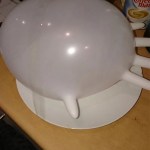 latex glove used as a better shape for a visor 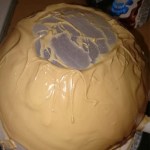 mix of white and milk chocolate poured on then scraped back 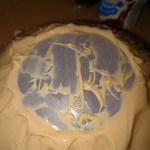 FYI I can bake- well kind of- but i find it too much of a faff when there is a load of decorating to do so i just buy one, or several depending on the size and do a Frankenstein reshape to make the base for the design. 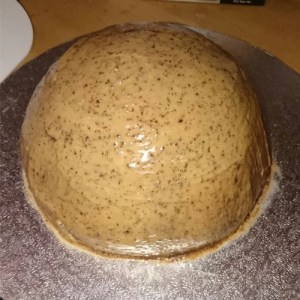 chocolate cake base shaped into dome then covered in coffee frosting 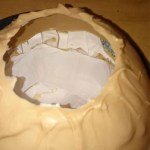 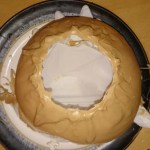 sometimes a glove has to die for a helmet to live… 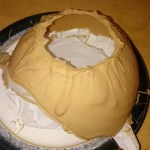 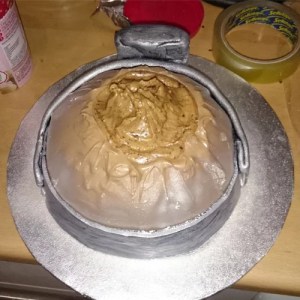 And then this happened

Ok so as I mentioned, this isn’t a step by step guide, but to explain some of the picture gap: the chocolate shell has been put onto the dome, then black icing has been attached and painted roughly in metalic silver food paint to give a battered and brushed effect. After tidying up the visor edges with a hot spoon it was given a sheen with a slightly pearl silver food spray. 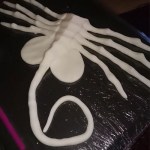 Sculpted alien, the icing it needs to be worked and warmed up a bit with clean hands of course 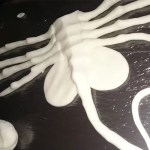 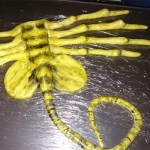 hand painted with gel food colourings, also a little slimy which i like the effect of here


Now pop that sucker on there! Or rather, I placed the facehugger icing sculpture onto the cake and positioned it’s body and limbs around till i was happy with it. 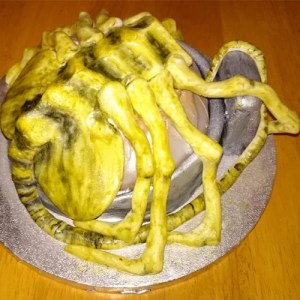 Its just attached with some water as it is sticky enough to stay in place and bonds well once its dried off a bit. 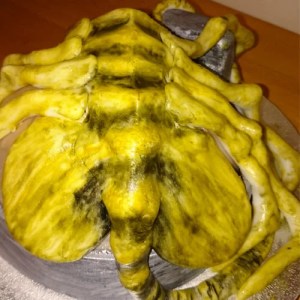 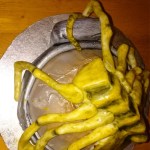 And for my efforts 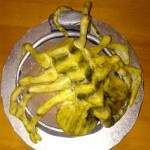 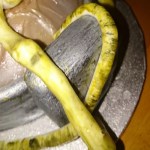 forgot to mention that there is rockyroad chocolate in that bit 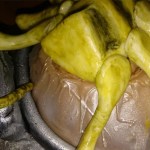 The recipient opted out of mouth-bits unfortunately

So that’s it, hope it was informative for you at least, if you like this piece and or just want to know more about DystopiART you can go checkout my other strange celebration cakes, dystopian artworks, or commission something new @DystopiART.co.uk